The Red Sea is such a wondrous sea. Volcanic activities around the Zubayr Islands. So many reefs and shoals and atolls, such depth and such harsh jagged mountains on the edges, a gash through the earth, the seam of movement of the continents perhaps, magnetic anomalies, and a kind of harsh stark beauty. 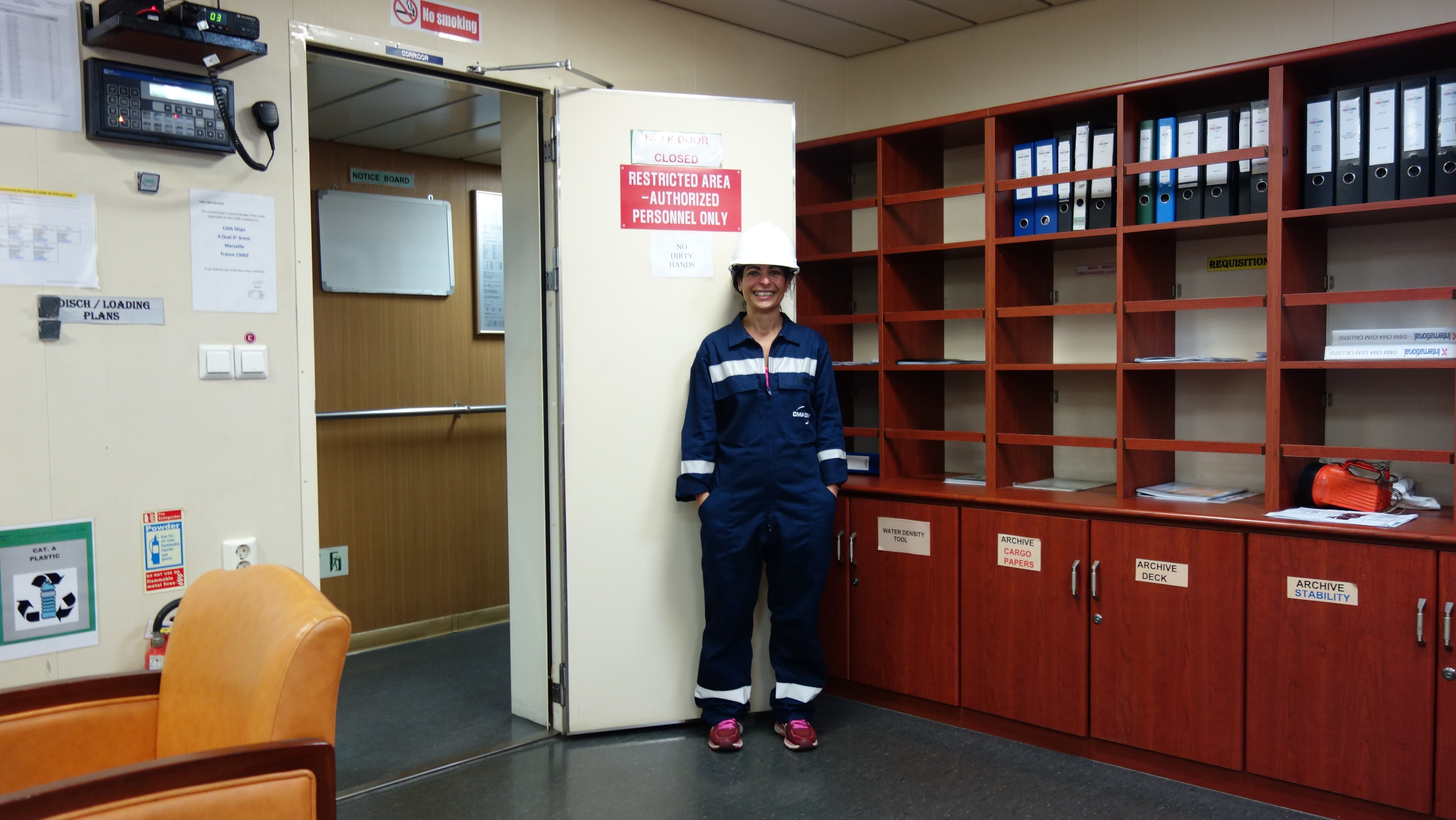 I visited the engine room today and was given a tour by the chief engineer himself. It is a kind of inferno down there, and in the oil purifying room, where the heavy engine oil and lube oil are heated to 135 degrees (diesel does not require heating), sweated away. 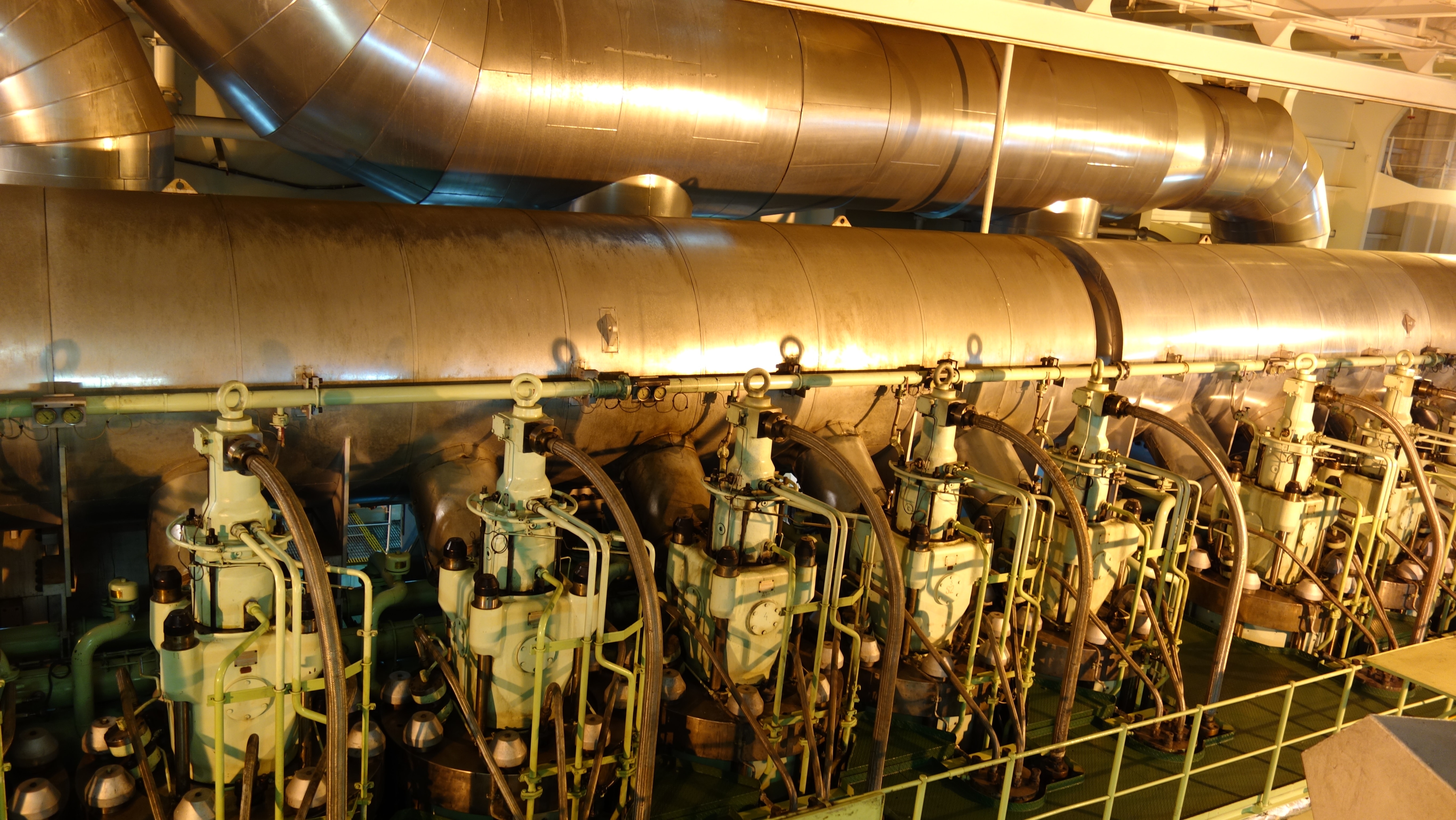 The engine itself with its twelve cylinders and the engine shaft driving the propeller is a thing of awesome beauty, with that sound of beating heart again, and the massive exhaust pipes which are then used to heat water and who knows what. So much is purified: sewage, water, oil, fuel, lube oil, bilge and on and on. So much is moved, heated or cooled. There is a formidable efficiency in the way it all works – and with so few people. Most seem to be engaged in maintenance –regular or reparative. 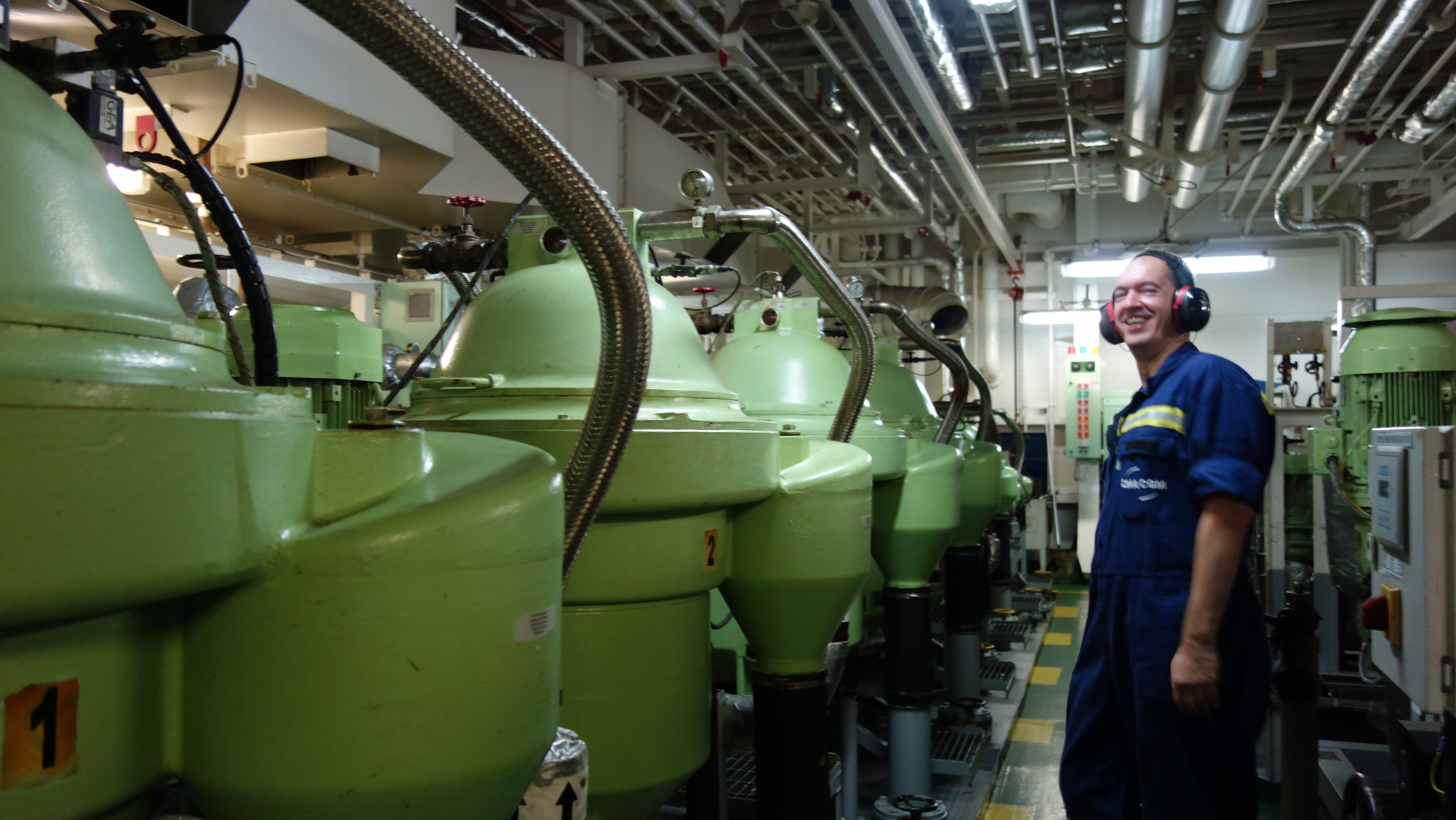 There is also a kind of quaint beauty to the maintenance room with its ordinary tool and ordinary scale. When one looks at the spare parts, enormous flanges and valves, massive pieces of machinery, oiled and hot, it is rather amazing.

Steaming away from Bab al-Mandab

We passed Bab al Mandab at around 18.30 and are now in security zone 2 and in the pirate area. The windows of the decks have been blacked out and a red security barrier has been erected around the poop deck which is the deck closest to water at about 10 metres.

The Red Sea topography is just amazing. All these conical little islands strewn everywhere, bursting forth from the seam of the continents in the sea. Islands on both sides and the strait is so narrow that you can see both sides despite the haze and the heat. Even I with my terrible eyesight can see both sides.

Passing through the strait, my phone has been handed over from Yemeni Saba to Djibouti networks. I am amazed that the former works and welcomes me in two languages. The latter is the most expensive, with phone calls at £2.50 per minute (£1 per minute more than elsewhere) and texts at double the usual price, at £1 per text. I wonder why Djibouti is so expensive.

At 16.00 this afternoon went to watch the ping pong tournament. The chief mate, dressed all in blue and looking like a pirate with a bandana won in the end against the boson. It was rather interesting that the Croatians rooted for their own when playing the Chinese or Filipinos, but when playing against other Croatians, it was deck versus engine room. The captain came to watch, as did a number of others. Danilo (whose cousin  apparently goes to SOAS) was called in to play and arrived with red puffy eyes and proceeded to lose. When I asked him just now whether he had been sleeping, he said no he always cries when he listens to sad music. 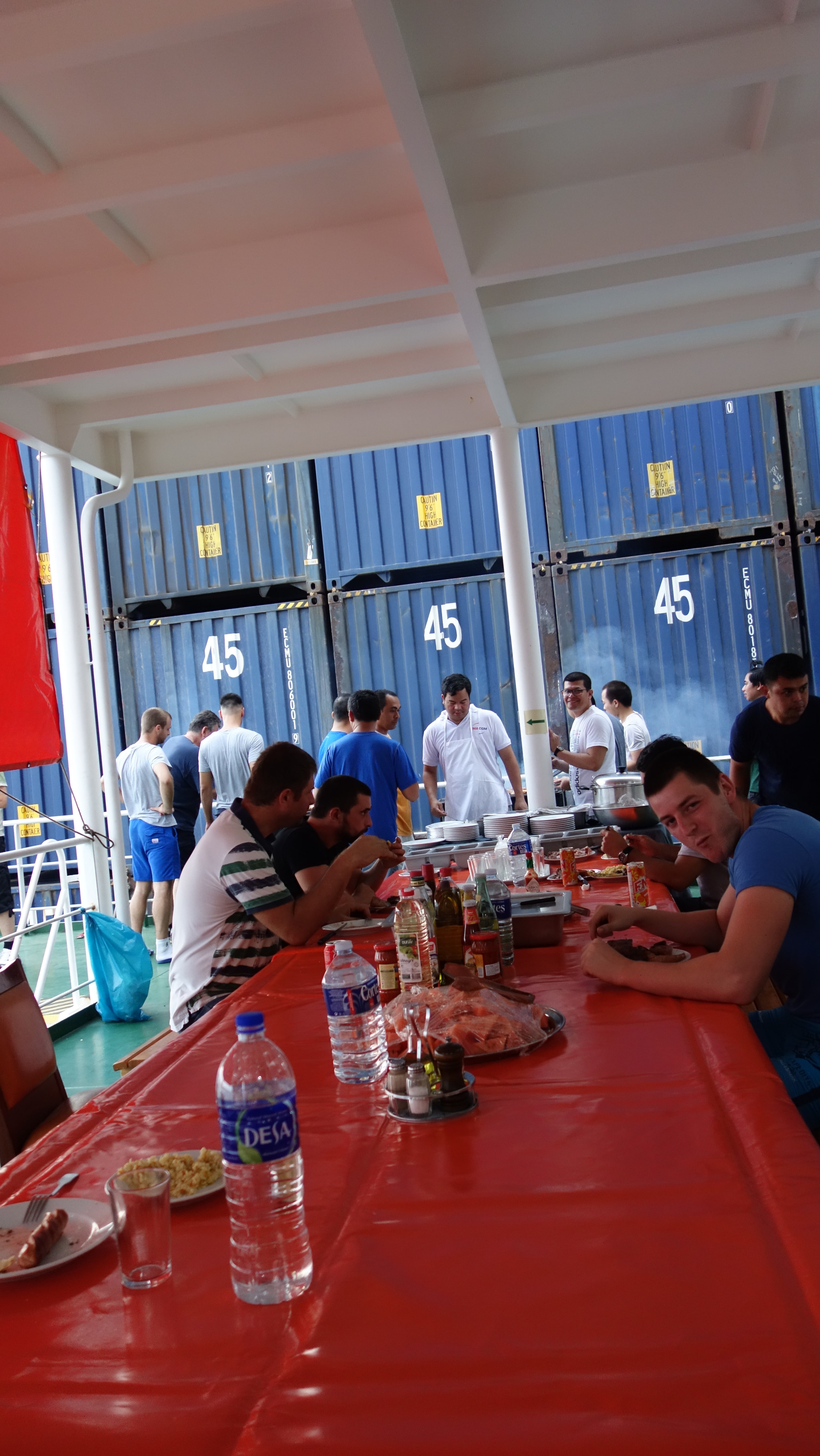 Then at 17.30 we went off to the BBQ on D-Deck, which has a wrap-around outside wing. Massive oil-drums burning wood with pork, hotdogs, beef and chicken plus garlic bread and fried rice and melons and watermelon for dessert. No alcohol. What was lovely was the absence of separation between crew and officers, though obviously people of the same language were sitting together more often than not. But everyone was barbecuing their own meat and having a good chat. Turned out that the cook had worked as a waiter in Riyadh for a couple of years and in Qatar also; in the former at the Harvey Nichols’ restaurant, and the latter at Regis Hotel. He then became a messman on a CMA ship five years ago and eventually made it to chief cook. The party ended at 19.15 – what with the requirement to keep the ship dark. I now smell like smoke and sweat. It was 31 degrees outside and very humid as we go further south for a bit more. I think we are now only 10 degrees north of the equator. The captain said the ship may be rolling tomorrow… So something to anticipate as we steam fairly close to Yemen up towards the Gulf of Oman.