The ship left earlier again than anticipated. We had been scheduled for 09.00, but I could feel the engine coming on at 05.00 and then we were off at 06.00 and we are now steaming at 17 knots towards Bab al-Mandab which we are supposed to pass in the early evening tomorrow. I don’t remember the Red Sea being so vast and so long but I guess it is.

There are now boxes in front of my porthole. I still have good light, but now, my view of the sea is restricted.

There is a strong wind blowing against the side of the ship and the ship lists and the metal containers groan as they lean and rub against each other. The feeling of the movement of the ship from side to side is lovely. The sea itself is hot and so humid that a layer of watery haze, clear and hot, hangs over the surface of the sea. 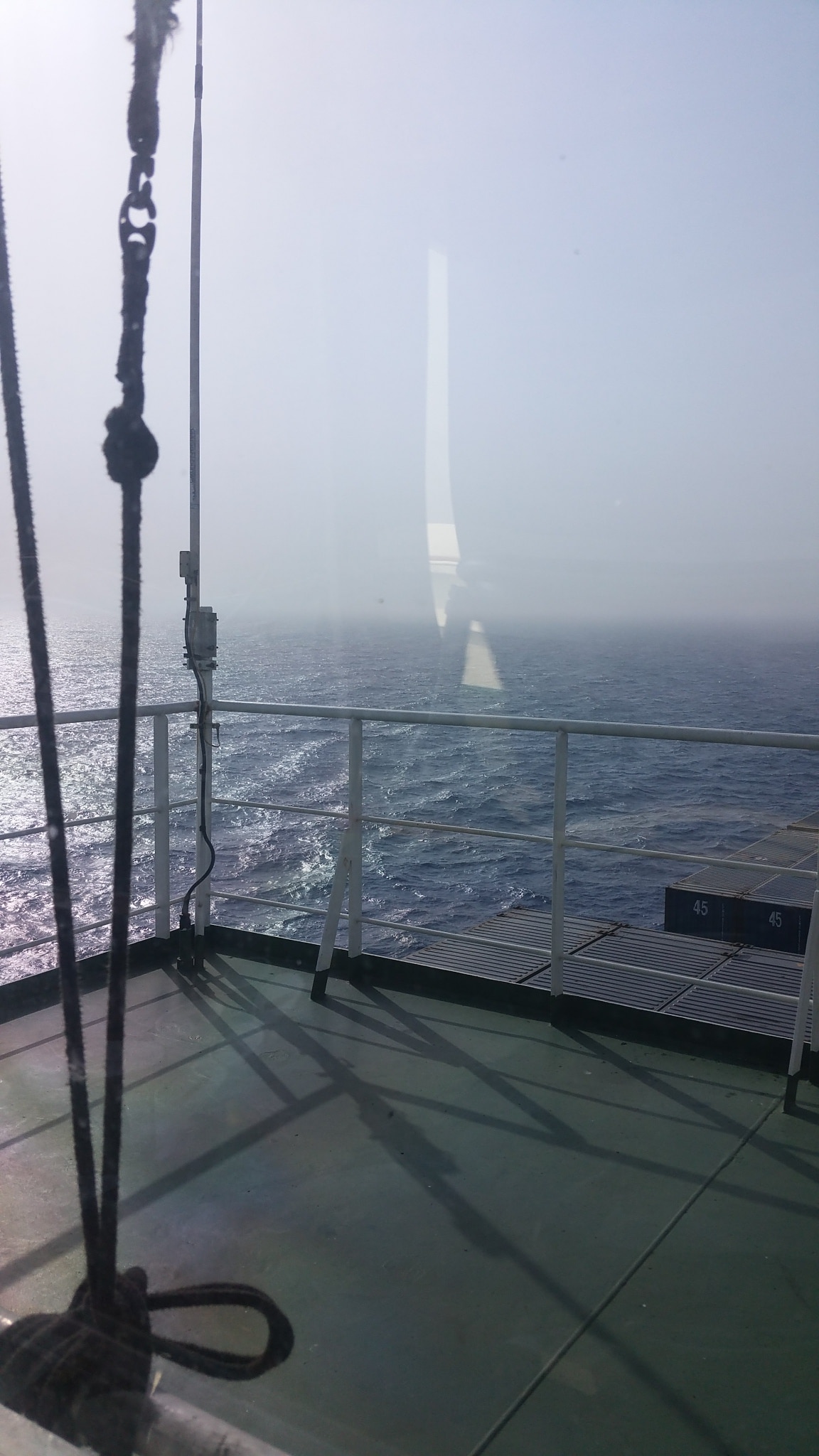 Had a brilliant conversation with the chief officer about ballast water; loading bays; and weather.

With ballast water, if they load at a dirty industrial port (like Ningbo) and they have to unload at a clean port (like Sydney), they have to pump out the water in the ocean and pump in new water. They can also chlorinate the ballast water to kill organisms. The problem is when the fuel pipes that pass through the ballast tanks leak because of torsion in bad weather or bad maintenance. Then, they have to figure out a way to pump out the water (which is below the oil) and leave the oil inside the tank.

As for loading – he showed me the MACS3 system, which tracks the loading of all the bays and measures their safety in case of rolling, or torsion or head-on winds. We seem to be carrying a HUGE number of empty containers intended for China. We are at 76% weight, with around 6000 containers. We seem to be unloading most of our reefers in Jabal Ali and proceeding with only 50 or so more.

He also showed me the Octopus system which both simulates and measures the extent to which the ship rolls or moves because of the wind.

In the logbook, the opening page lists all the names for the weather. We go from haze to mist and to fog. We seem to have a visibility of less than 1000m right now which is categorised as mist. Anthony (the Filipino 3rd officer) was saying that in China, it is often full fog with no visibility at all, and they can only use the radar –completely covered in fishing boats) to navigate, rather than sight. 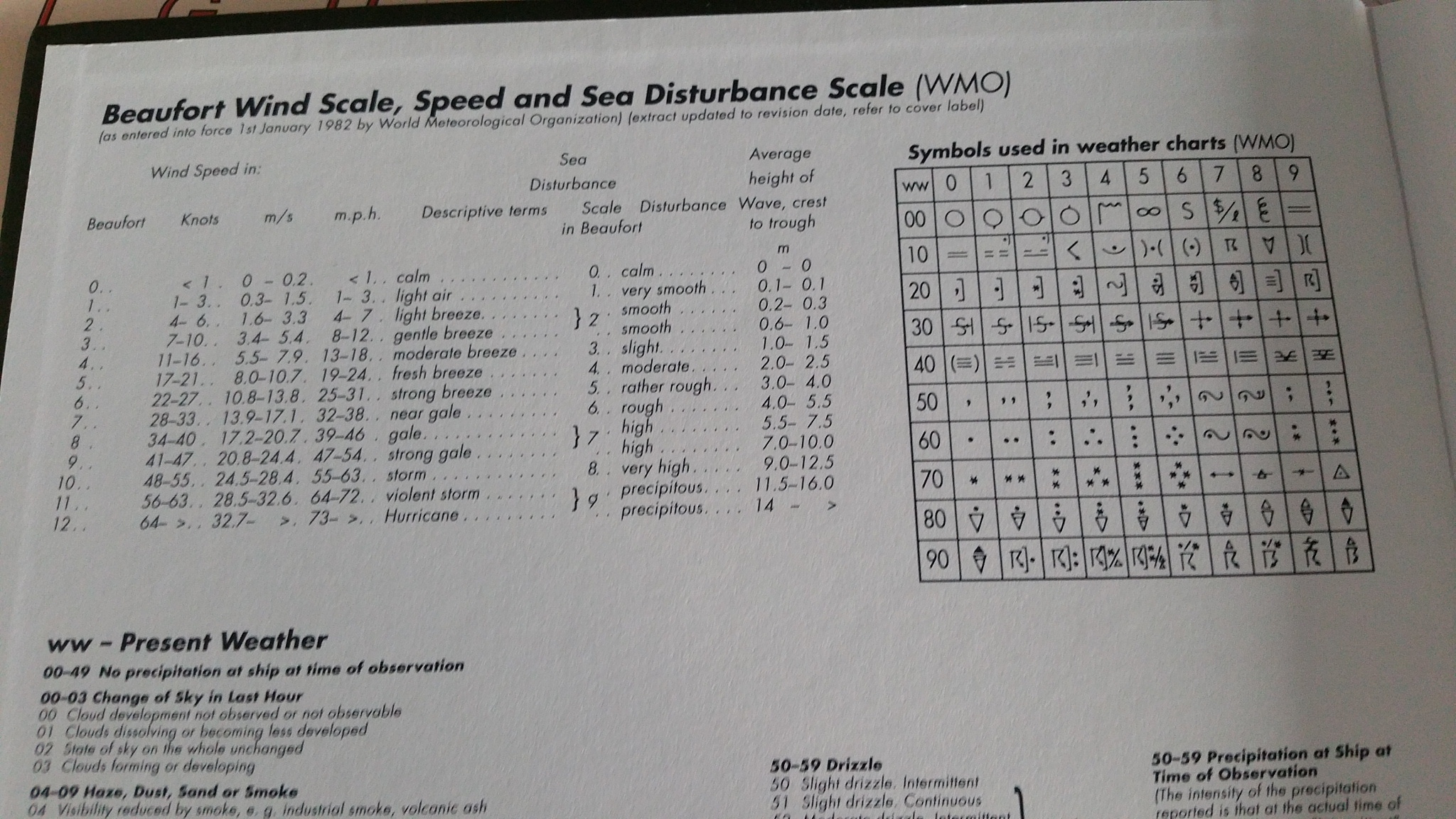