Can’t really see all the reefs that the Admiralty charts say are there and which make approach to Jidda such a treacherous and difficult thing. It is hot and humid out there and when I went out there the lens of my camera just fogged up. All along the coast there seems to be construction at hand, and there is a lovely green bit – some sort of park or some such by the Corniche, and an enormous flag waving. Loads of ships at anchor, barges being tugged across the sea, and the NYK Line ship that passed us by yesterday berthed and being unloaded. 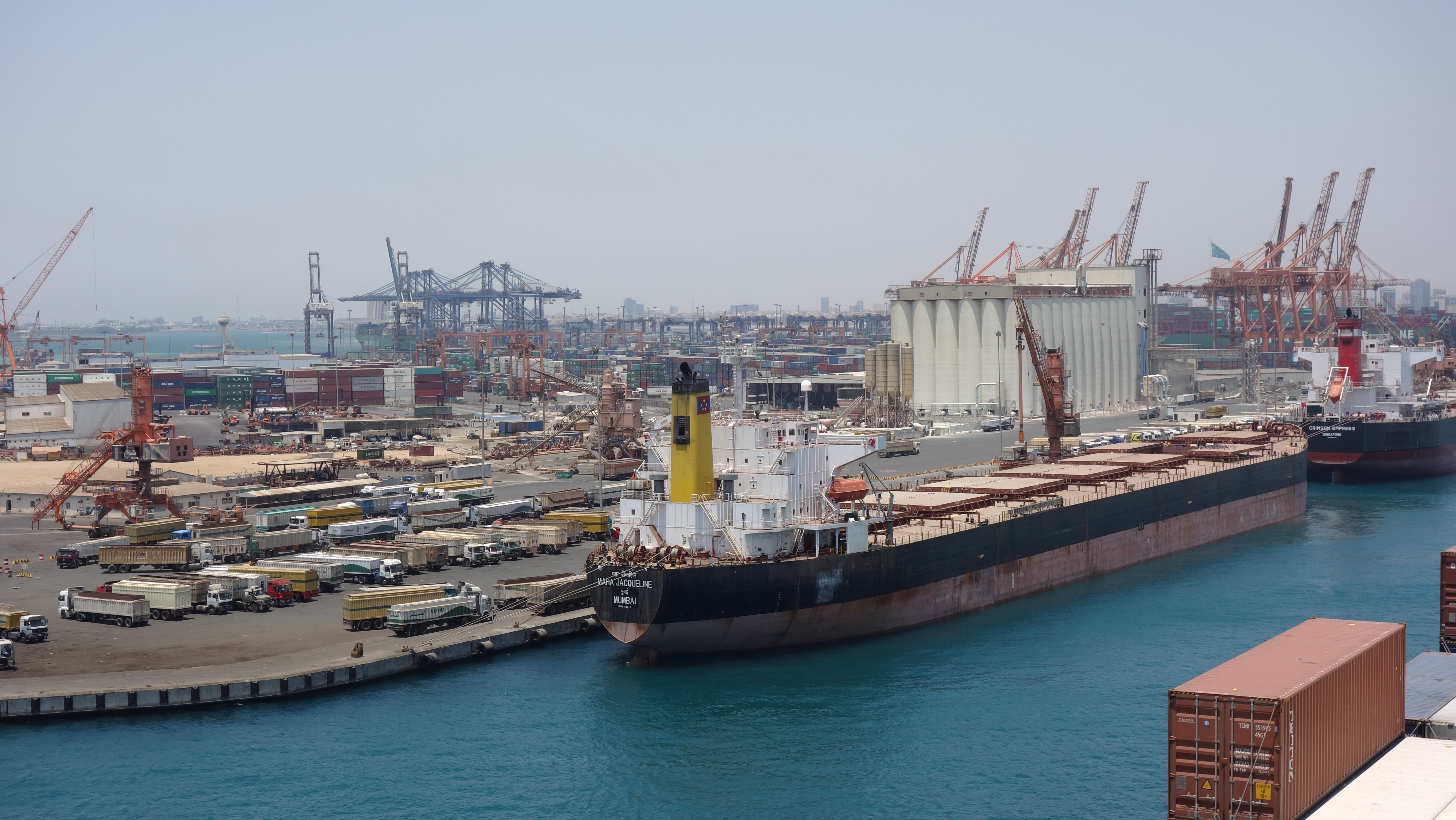 So the water outside Jidda is the most gorgeous iridescent blue-green, and you *can* actually see the reefs, which is a surge of muddier water in little splotches all along the approach channel. The city itself is far more low-slung than its Northern Peninsula cousins and it is white and shimmering in the hot sun (around 40 degrees maybe) with lovely modernist buildings (including the port control building) just up against the port itself. 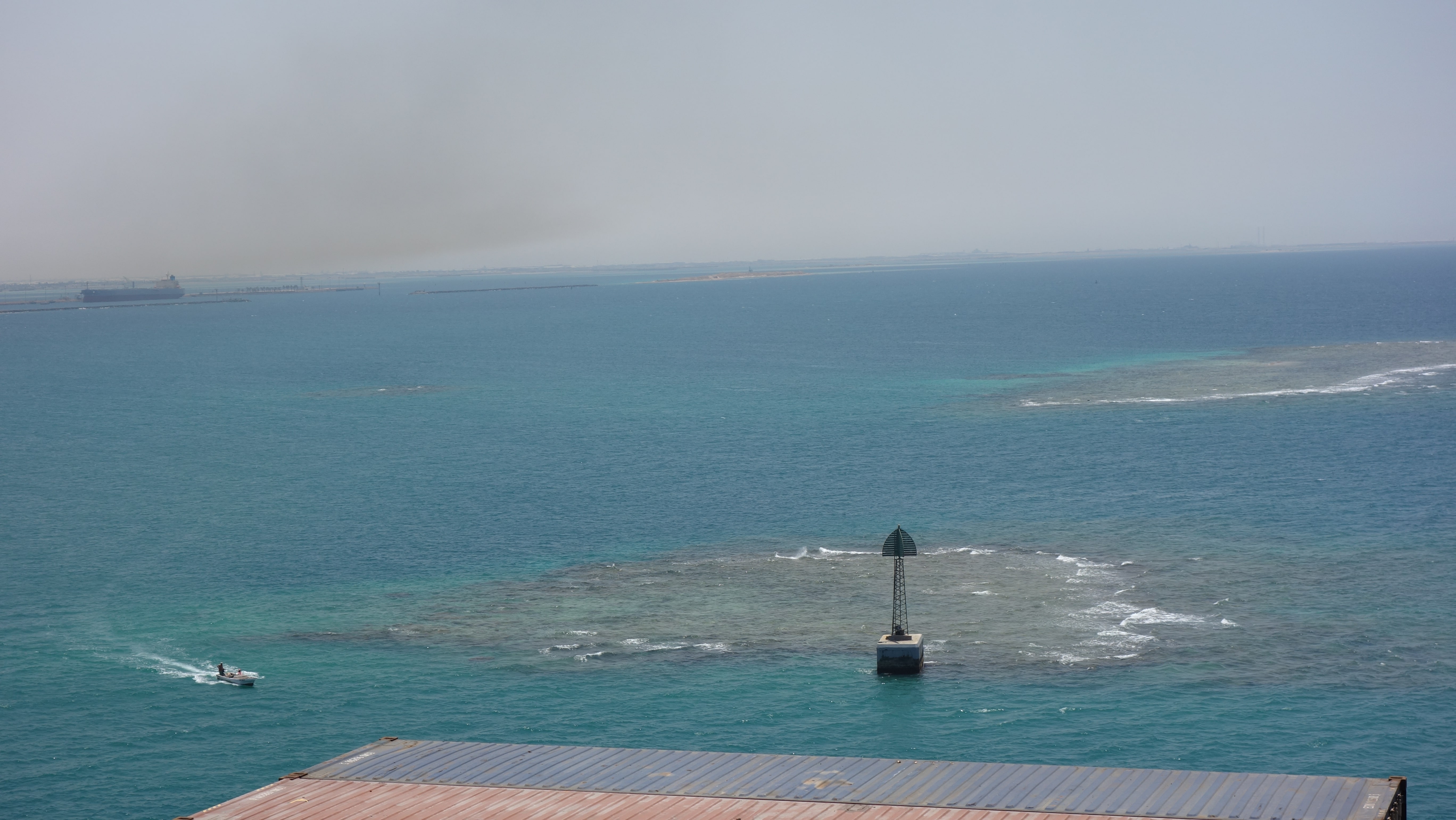 Just to the south of us is the Naval base, with what looks like several naval ships berthed – from what I can see in the distance. The whole of the port has all sorts of terminals bunched up against each other: grain loading; cattle terminal; ro-ro terminal, several container terminals all around; and tanker loading terminals just offshore. 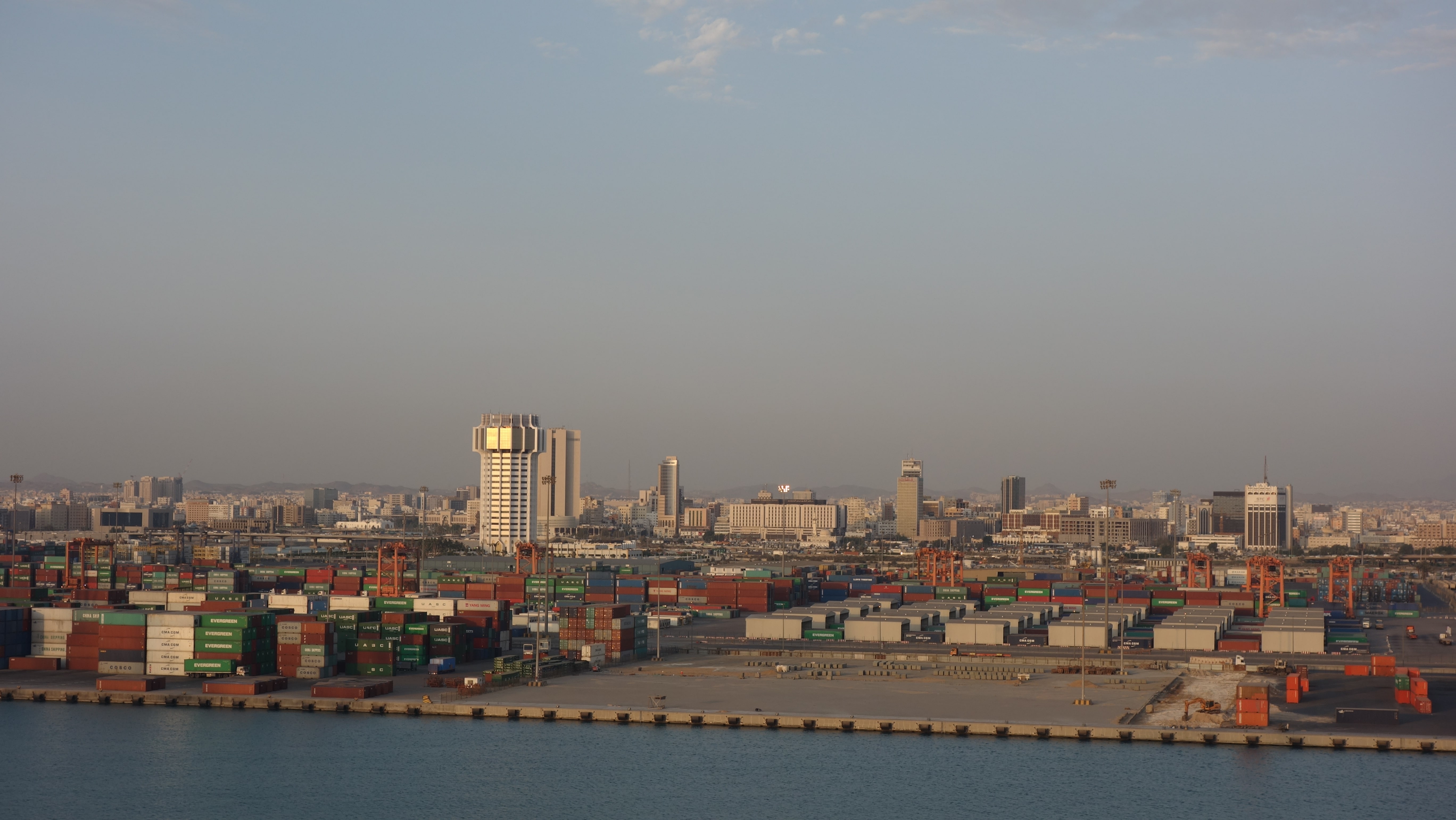 Have been looking at the crane operators here and they seem to be either South Asian or Filipino. The same with most of the men I see on the ground. More research here is needed. The port operator here is Mua’assassat al-‘Amm al-Mawani, and the terminal operator seems to be Gulftainer. The place seems pretty well-organised, though the captain and all the officers claim that everything –including arrival and departure times- are a bit arbitrary. But today we were told 12.00 noon for pilot boarding and that is what happened. The captain talks about the Saudis being superior, but it seems to me some massive misapprehension of the unknown going on here: they have even collected the vinegar off our tables because they say it is fermented. I am not 100 per cent sure this is true. They also had a notice about collecting all the alcohol and the porn and hiding it. But then I and a couple of the cadets were given the option of having pork chops instead of (the overcooked and dry) lamb. 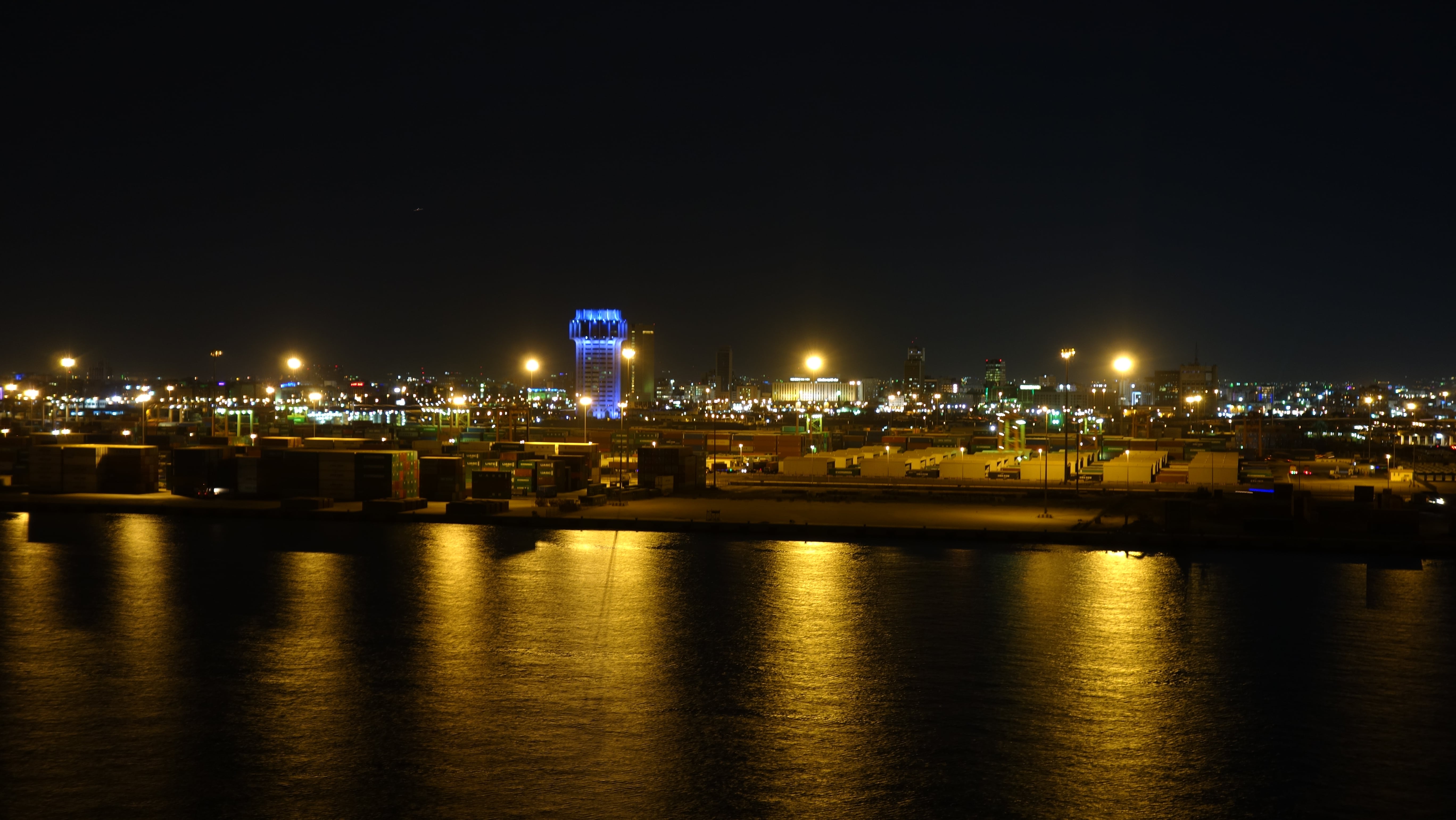 There was a weather bulletin – and it looks like there are rough seas in the Arabian Seas between Yemen and Oman. Should be interesting to see whether we will experience them. We are supposed to steam pretty close to the coast and I also really want to see the effect of the Monsoon on the mountains of Oman, if any.