The ship left Damietta sometime after midnight, having spent only twelve hours there. The officers must be absolutely shattered, since we will be arriving in Beirut this evening sometime.

The area between here and Beirut is apparently full of warships without AIS designation. Israelis in particular seem to have marked much of their coast (well, actually Gazan coast) as closed or prohibited security areas. There are also apparently UN ships wandering about. We are supposed to arrive at Beirut pilot station at 19.00 (and this should take into account the time change which will happen at 13.00 – going to GMT + 3). 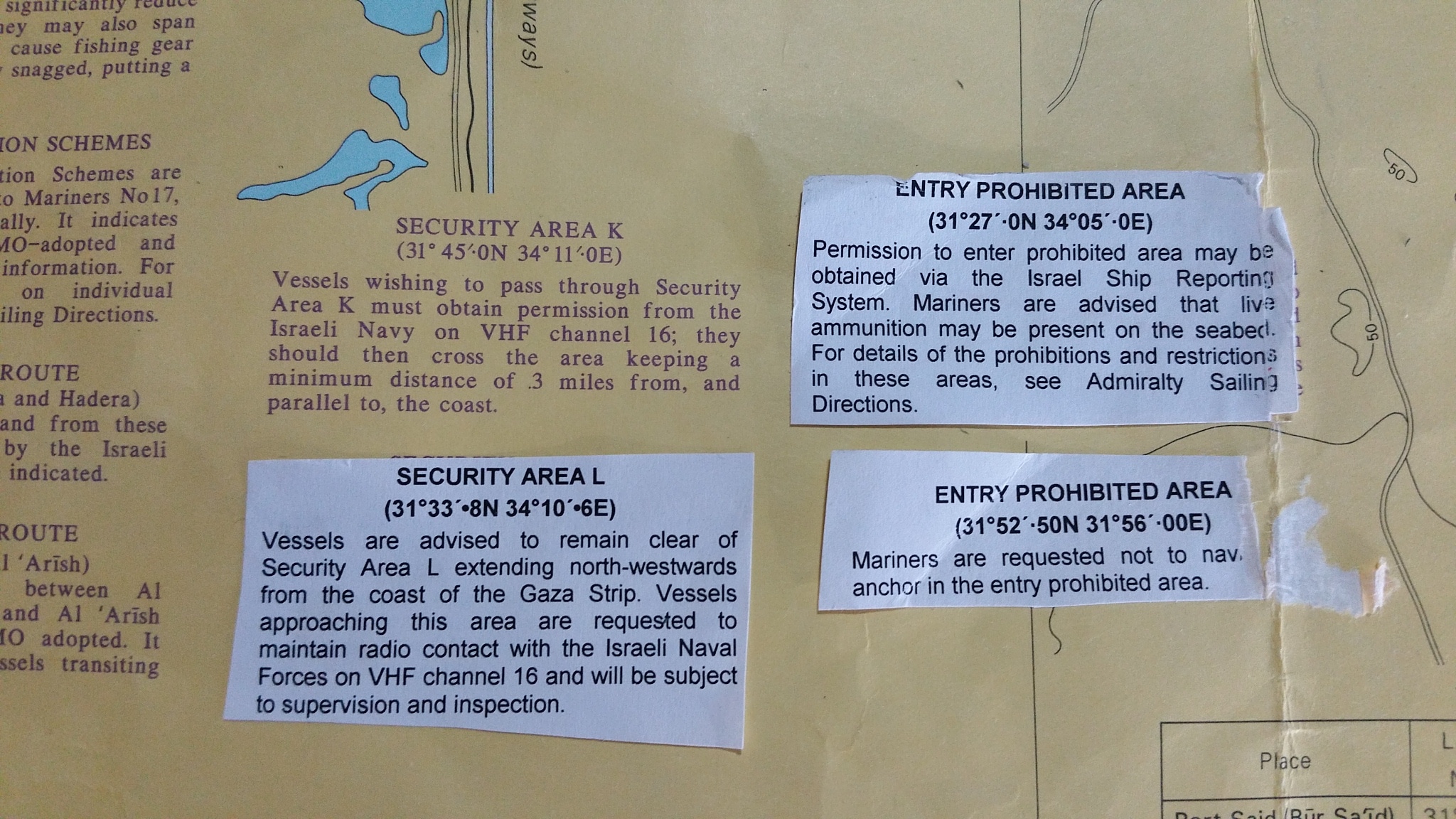 I am still utterly beguiled by the way the bodies of the seafarers becomes accustomed to, no, skilled at, reading the ship and the sea. The able seamen who stand watch in the wheelhouse have an extraordinary ability to see things in the far distance that simply defies explanation: they can distinguish objects from the haze, stationary things from moving vessels, and the size of these things. Bojan the cadet was telling me about a chief mate who could stand in his cabin and by the way in which his head aligned to the cabin’s ceiling, could tell whether or not the ship’s ballast was in balance on the two sides. The captain on my previous ship could tell when there was something wrong with the engine when his sleeping quarters were above the engine-room. Even I can tell the difference between the stillness of an engine that is turned off and the vibrations that now send me to sleep when the engine is running.

Earlier, I went swimming in the Mediterranean. Well, Mediterranean water anyway, pumped into the pool for my pleasure. The pool is 5m x 5m and 3m or so deep. It is tiny, but floating on the salty warm (27 degrees!) water felt heavenly and I splashed about for 45 happy minutes. 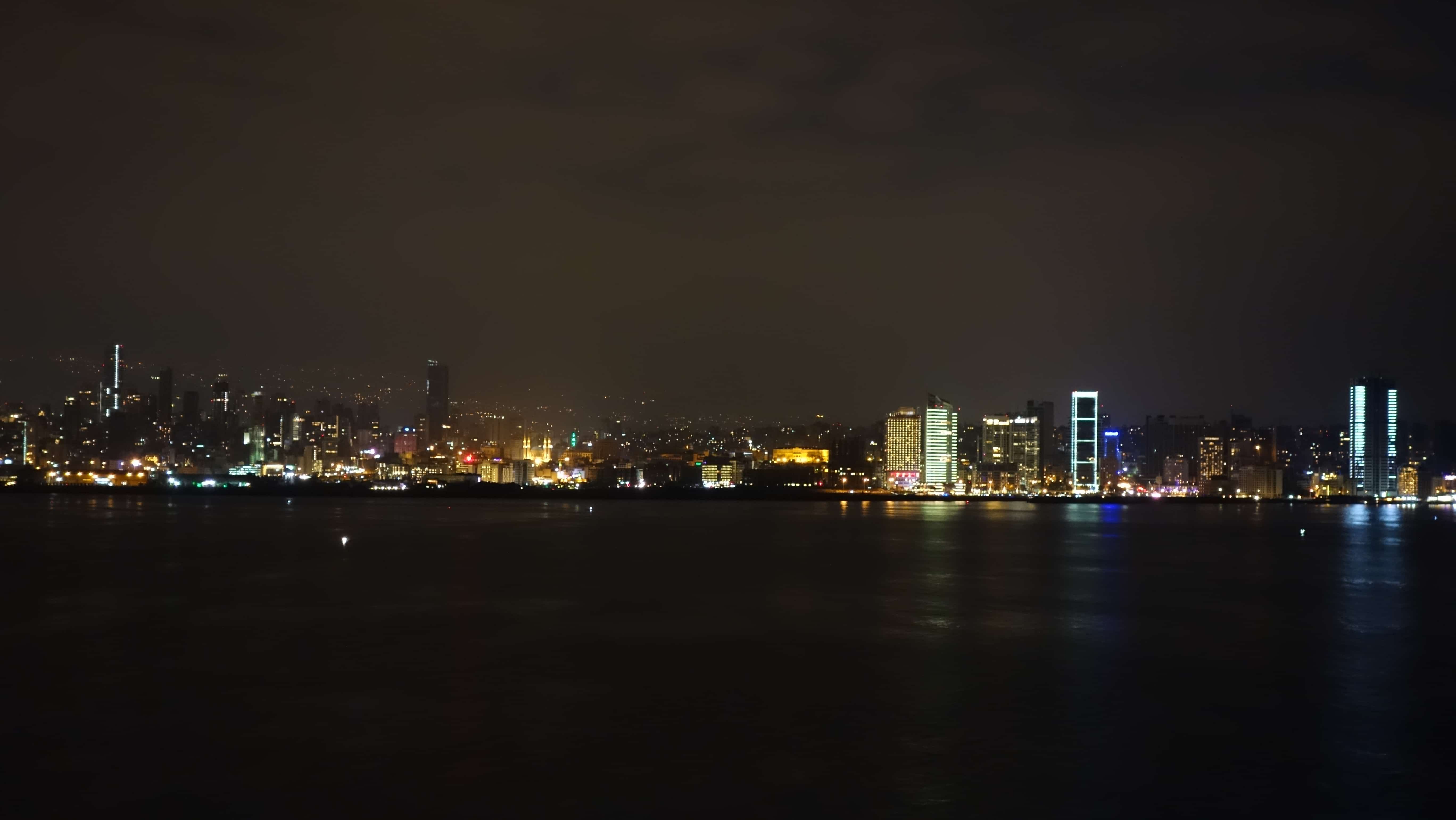 It is immensely thrilling to arrive in Beirut. The glitter of the city on the hills; the dinghies and fishing boats lit in the harbour beyond the port’s breakwater; the garish new buildings marring the vision and view of Ain al-Mraisseh; the hazy hills blinking in the light; the coastal lights that disappear both northward and southward. The pilot is so much more chilled than in Egypt. The place is so familiar. This is magic. My next project will have to do with the port or shipping in Beirut. I have to come back and work here again. 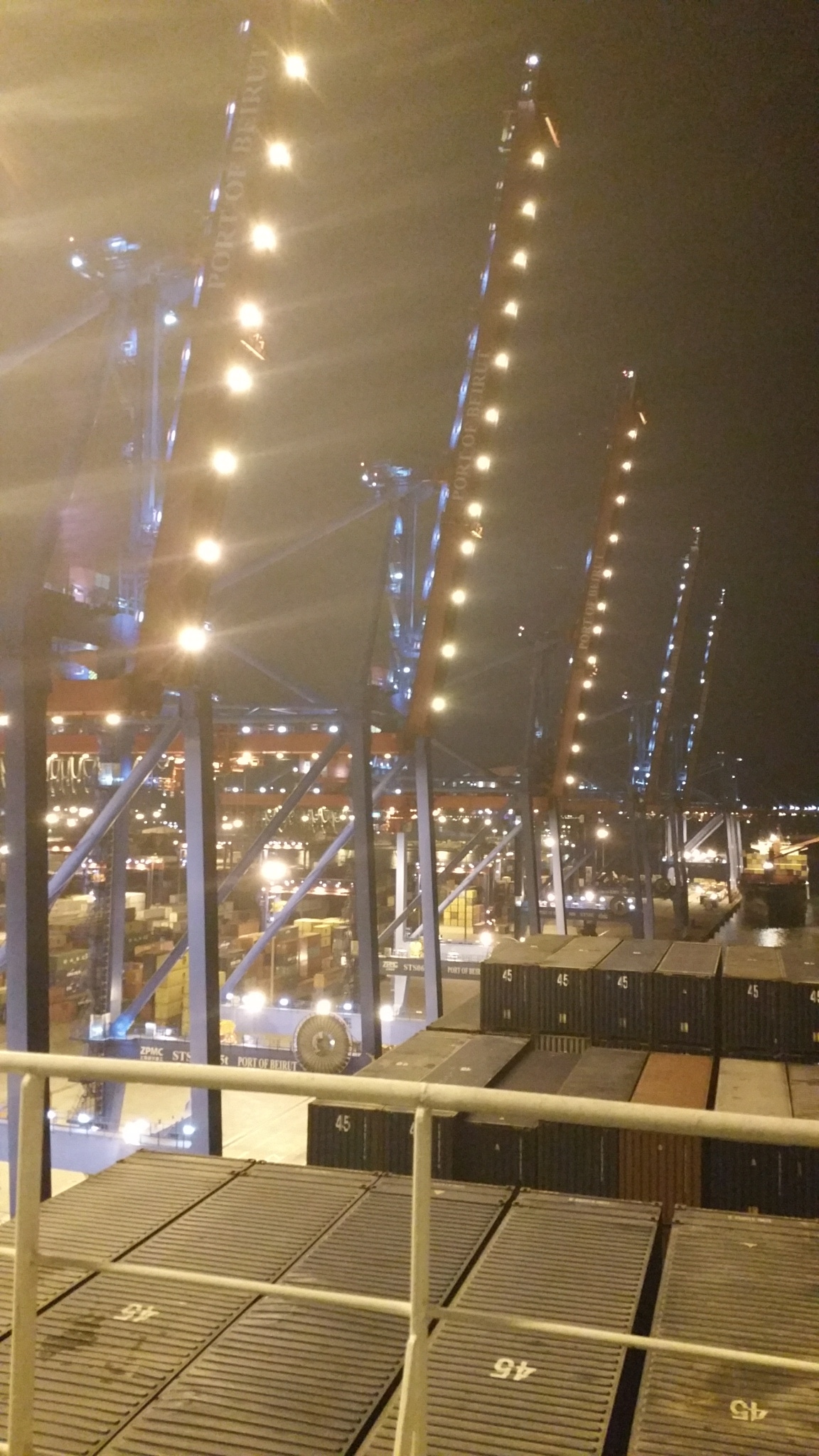 Apparently the crew and officers can’t really leave the port and even if they did, they would have to be back by 8 pm, which is a bit of a bummer given the nightlife in this place. Jeddah will be interesting, as I heard the pilot apparently didn’t want to have a woman on the bridge!