You can tell you are approaching port by a number of signs. First is the arrival of the land creatures: swifts, green flies, storks (or something else long-necked and ungainly). Next, you see the number of fishing boats –without an AIS and cutting through the wake of big ships– proliferating. Then, you get a message from the mobile company –which charges you exorbitant fees for tiny bits of data: 5MBs for £5. Then the captain and the bridge officers change from shorts and t-shirts into their uniforms. And finally you see the vast numbers of ships at anchor (all seem to be bulk carriers waiting to load grain surely or tankers) and the conversation between Callisto and Damietta port control and Damietta pilots. We seem to have 4042 boxes onboard – when the ship capacity is 11388 TEU (with 800 reefers) and most of the boxes seem to contain chemicals again (including perfumery basics; and hexane; and chemical waste to be disposed in the East perhaps). And we will be discharging 290 boxes at Damietta. 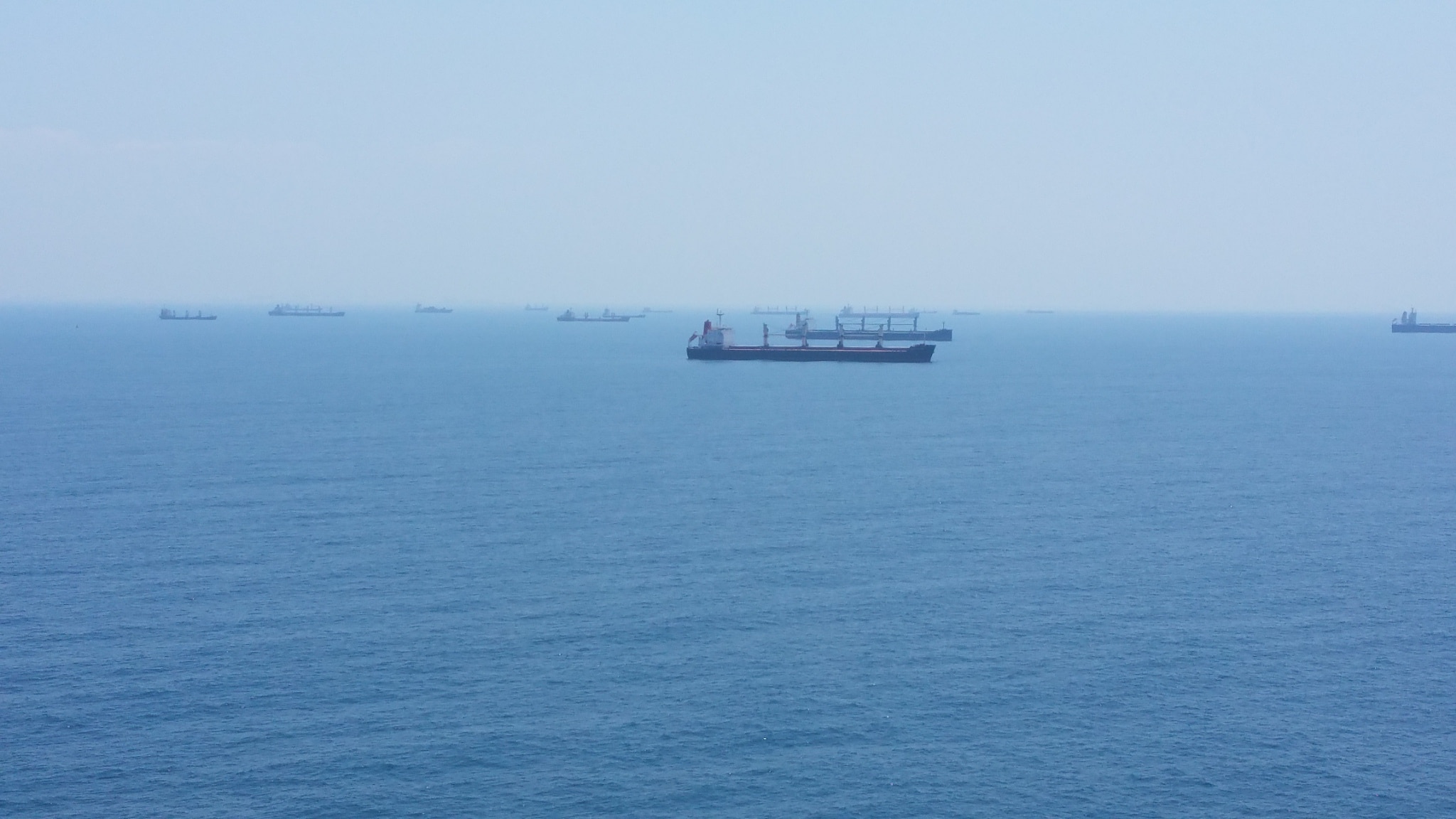 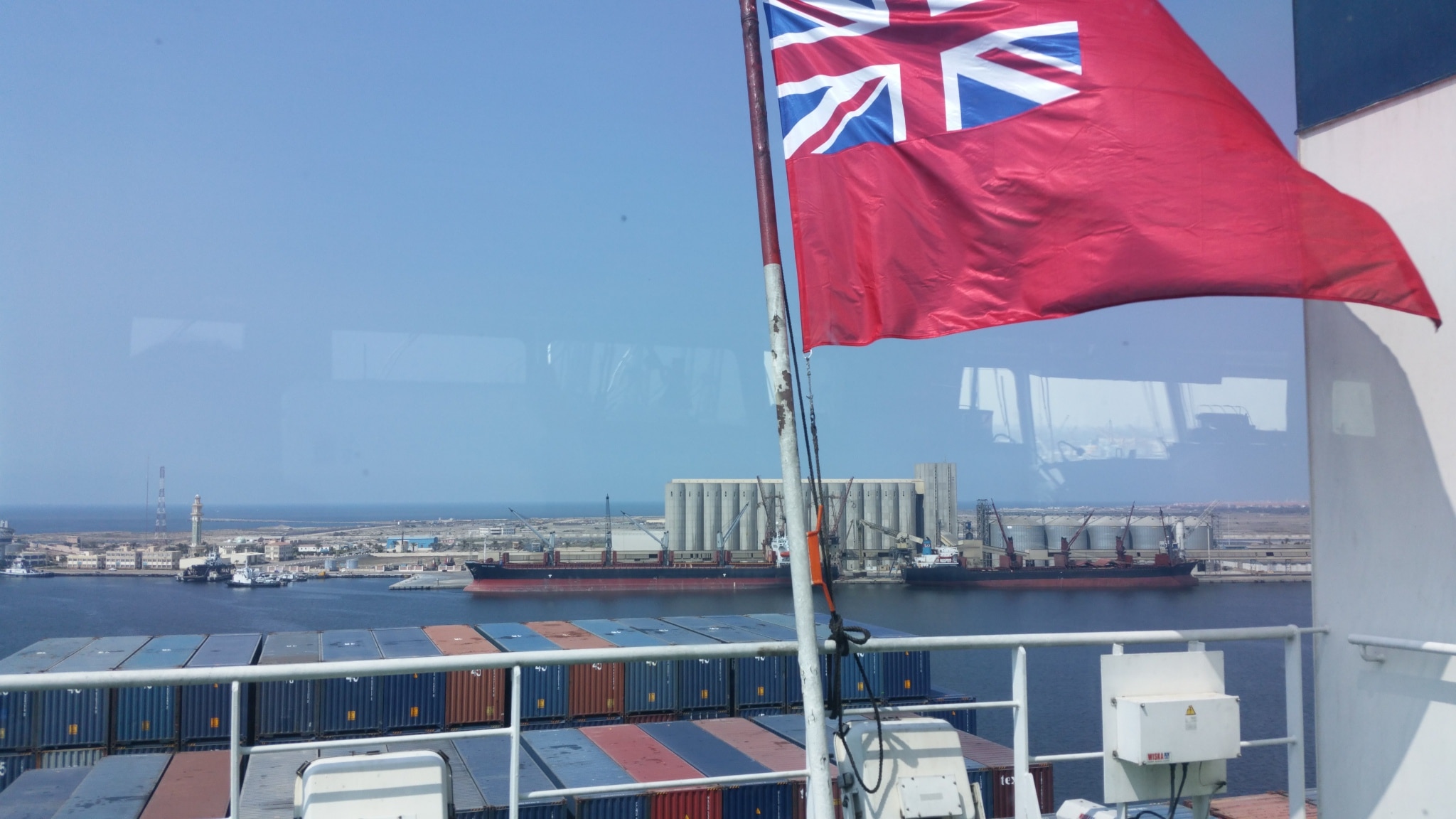 What an interesting port. I can entirely see why there are talks of Damietta becoming a major grain port, perhaps the most major agricultural port in the Middle East. It already has vast agricultural cargo infrastructure: silos, grain berths and general cargo berths. But there is also a canal connecting the port to the river Nile which can accommodate barges. The shores of the mouth of the Nile in the distance are so verdant, and the canal looks well-kept and functional, though I didn’t see any barges, and was hesitant to photograph it, given the stories I have heard of paranoid Egyptian pilots detaining ships because someone was photographing infrastructure they considered sensitive (this is particularly true of the Suez canal). 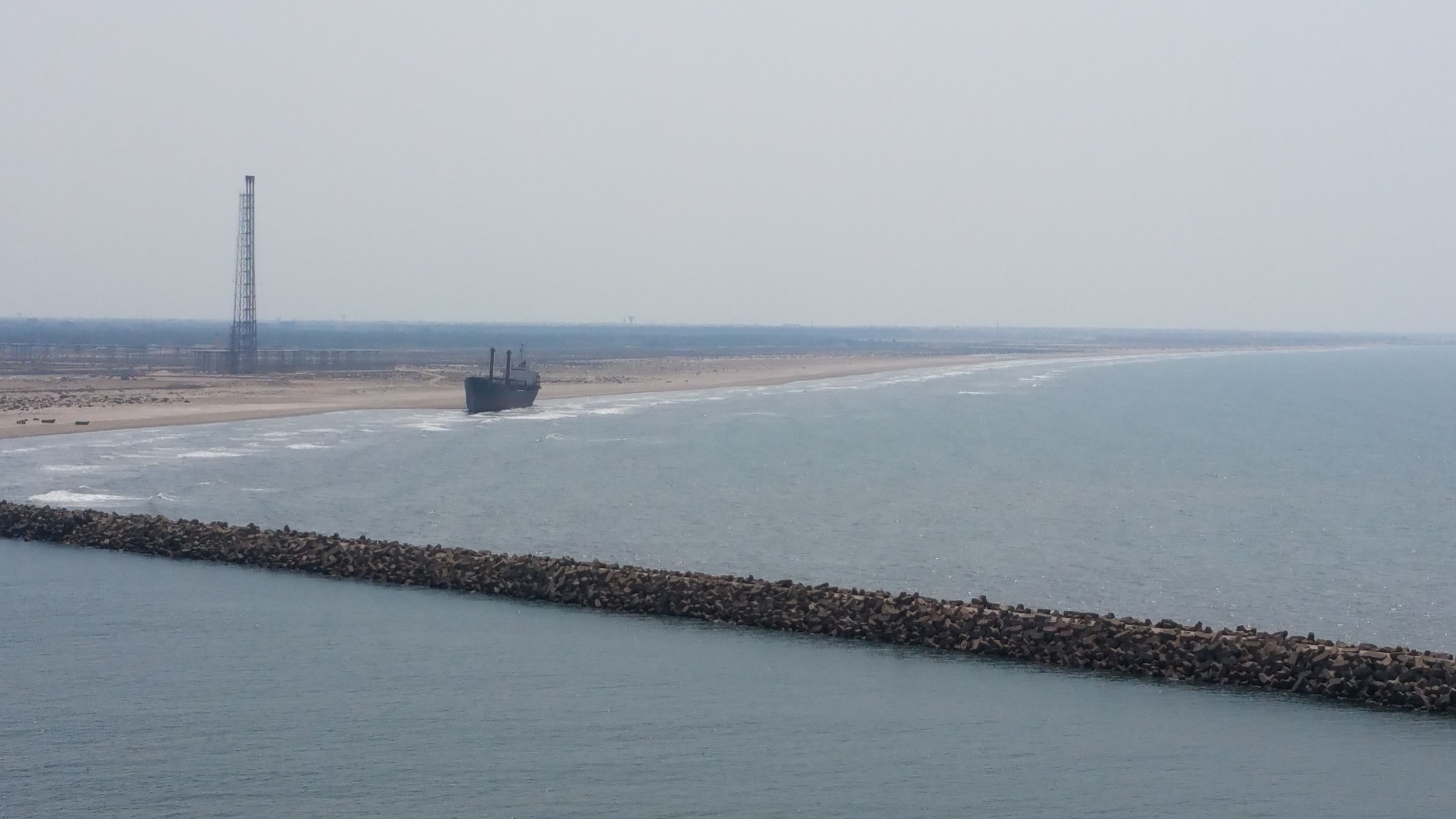 The port also has a tanker and LNG-loading terminal and just outside its western breakwater is a beached ship, forlorn and abandoned. I will have to look it up once I have access to internet. There was also a teeny little combat ship moored at port, with the number 647 on it. Interestingly, this trip, I have not seen many war ships – but perhaps they linger around Port Said and the mouth of Suez, rather than around the agricultural ports where most of the ships at anchor are rusty grain- and bulk-carriers. 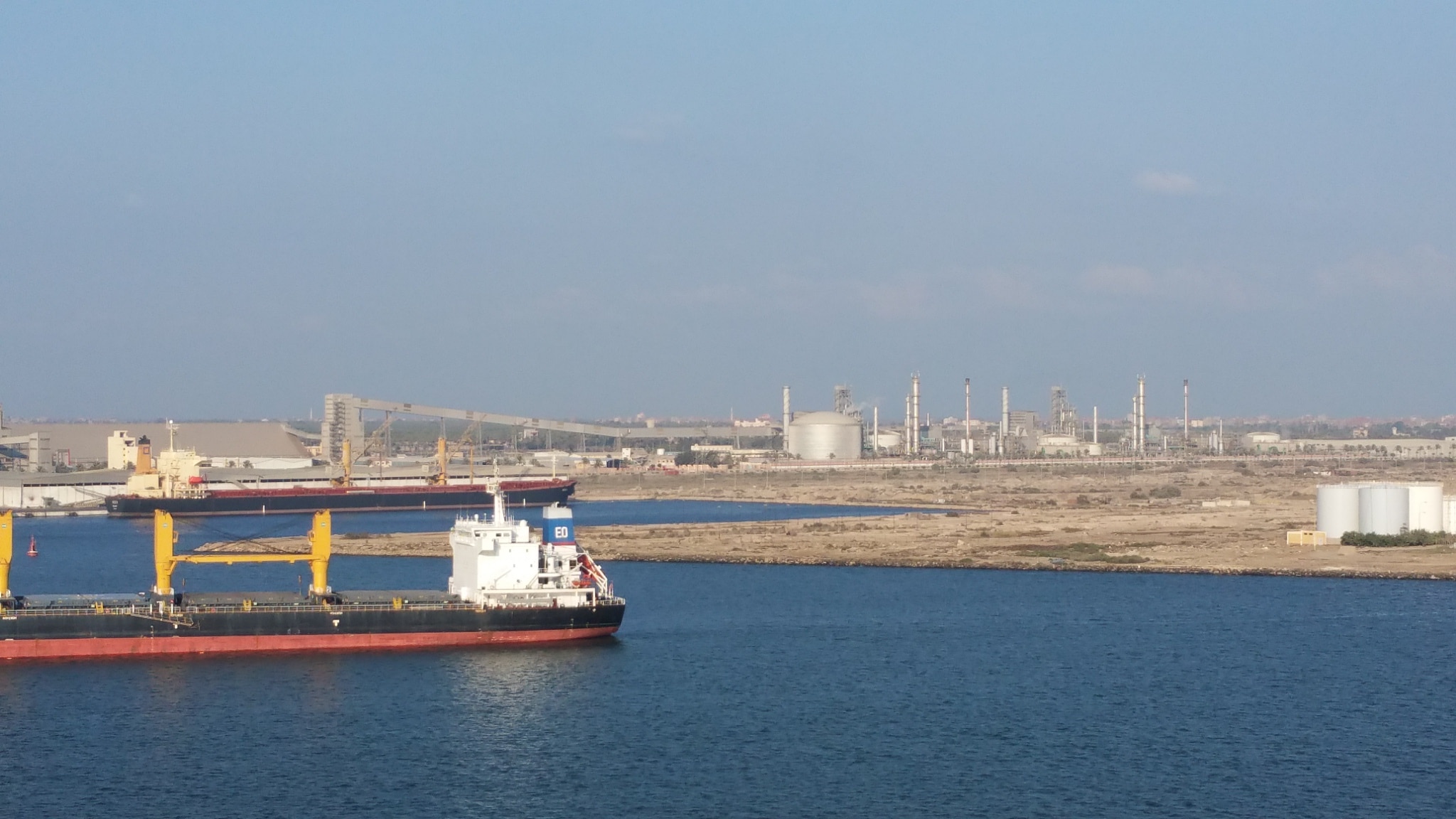 Watching the workers work the port is hilarious and alarming though. The trucks are constantly honking their horns (like the streets of Cairo), and there are loads of port workers on board the ship without safety gear, helmets or overalls. The foreman on the ground is yelling at the workers on the ship (rather than use a radio) and the whole thing has an ad hoc quality that is so different than the other ports I have seen. Granted, the other ports where I have seen loading and unloading have been either in the UAE, or in Oman or in Europe. The difference is striking and it really makes me want to actually visit other ports that are not efficient “machines” like Khor Fakkan and Jabal Ali seem to be. And here there are also a few alarming things: there are frayed cables hanging from the cranes, and the crane operators are moving far too fast – so much so that the cables make whipping noises in the air. There are ropes and cables hanging from the cranes, and the windows of the crane cabins are dusty. The port-workers –who incidentally are incredibly attractive– wander about under the containers bare-headed. They push the containers into position seemingly without fear of the crane operator accidentally moving the container and mowing them down. The truck drivers move across the crane tracks as the crane is moving along the tracks. The foremen are running around amidst the moving trucks and cranes. It all seems astonishingly unsafe.