The Financial Times has been doing some fascinating investigative reporting on ISIS finances a great deal of which of course is of interest to me because of the ways in which it ties into the movement of commodities and products across territories.  But what I want to write about here briefly is this wondrous map: 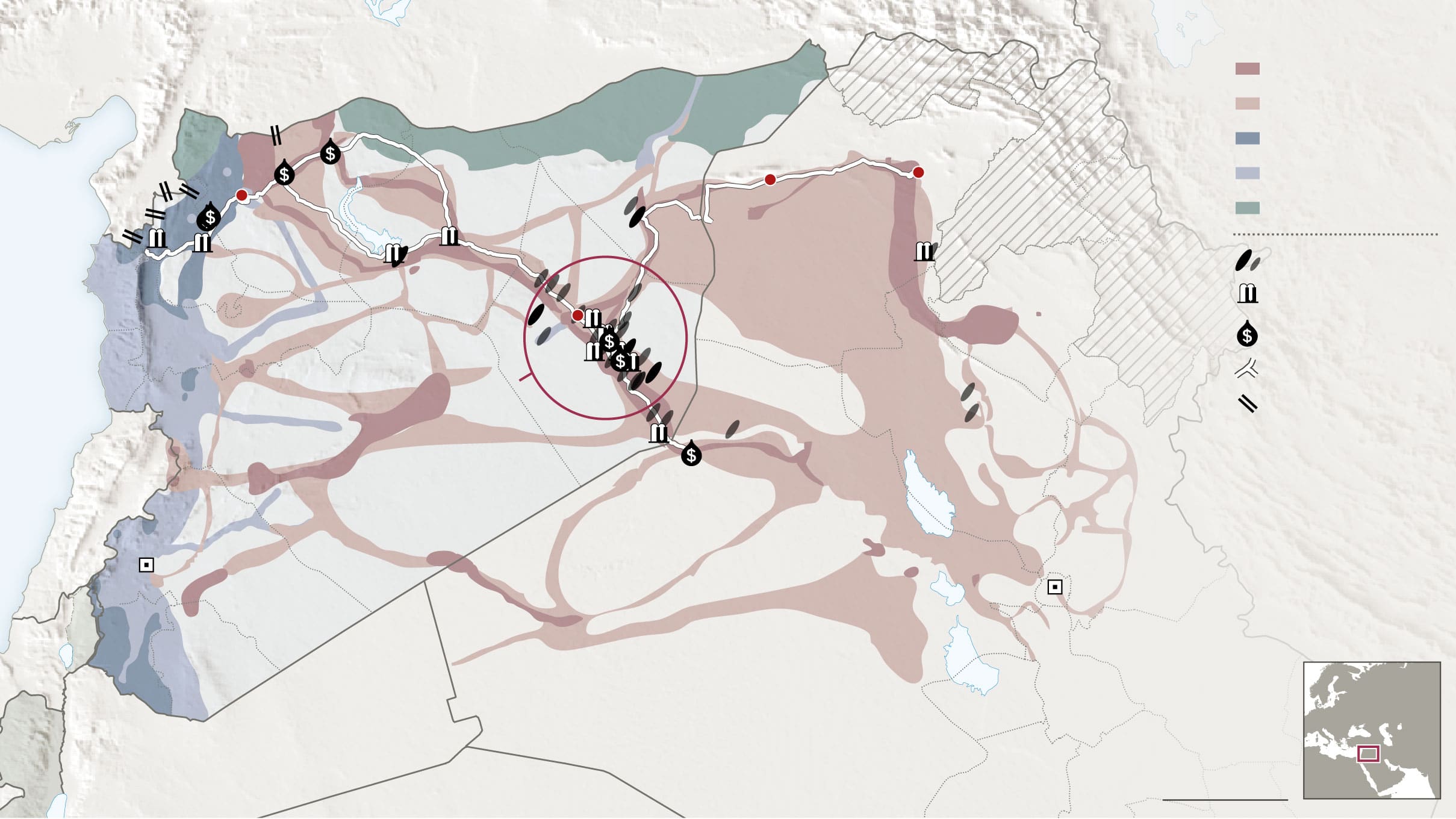 Of course the map is itself of interest: it follows a barrel of oil from the point of production to refineries and for export.

But what is of interest to me is the shape of ISIS-controlled territory.  I have been re-reading Lauren Benton’s magisterial A Search for Sovereignty: Law and Geography in European Empires, 1400-1900. I love how she builds on large bodies of historical and geographical literature to talk about sovereign territories (in her case of empires) as not flat and un-variegated spaces, but as “corridors and enclaves”.

Looking at this map of ISIS sovereign territory reminds me of her corrective geographic conceptualisation of sovereign territories. So much of the territory under ISIS control look like ropes strung across logistical routes, skirting less populated areas, tracing existing roads and transport infrastructures.

Of course, this is precisely the point of Benton’s book: that we think of empires as if they were wholly and monotonously controlled by the metropole, but that in fact this geographic imaginary of a fully controlled space does not correspond to the historical reality. This historical reality was of spaces of control that ran along littoral areas, riverine strings running towards the interior of the country, flatlands and the like.

And these spaces of sovereign control were in fact logistical spaces, transport routes, and routes of war and trade.  So a “real” map of state coercion (policing) and territorial control would have to correspond fairly closely with its transport maps.

Also, tangentially, the map above reminds me of China Mieville’s The City and the City where two cities belonging to two different countries with wholly distinct legal systems overlay one another.  I have used the book as an allegory for other stuff as well (seeing and un-seeing; hegemony; etc.).  But the map of Syria above, with the palimpsest of sovereign control over the territories reminds me a bit of The City and the City.