The city is under a grey haze and standing on deck outside one is assaulted by the smell of the Burj Hammoud garbage mountain just to the east of the port, which Joanne Nucho has written about.

We are leaving Beirut before 11.00 – and apparently the ship’s chandlers will be bringing fresh fruit and vegetables onboard before we go. Marco, the chief officer, was telling me that chandlers often bring in the goods just at the last minute when the ship cannot return them – and the fruit and vegetables are often very near their expiry date. I suppose this is one way chandlers make money. I imagine this must be a universal con.

In the end we left Beirut around 13.00. It took until the very last minute for more boxes to be loaded. Interestingly, it seemed that the vast majority of the boxes loaded were reefers. I would be curious as to whether we are shipping fresh agricultural products, and whether these products will be unloaded at Jeddah for example (where a lot of the hazardous material from Fos and Barcelona seem to be destined for). 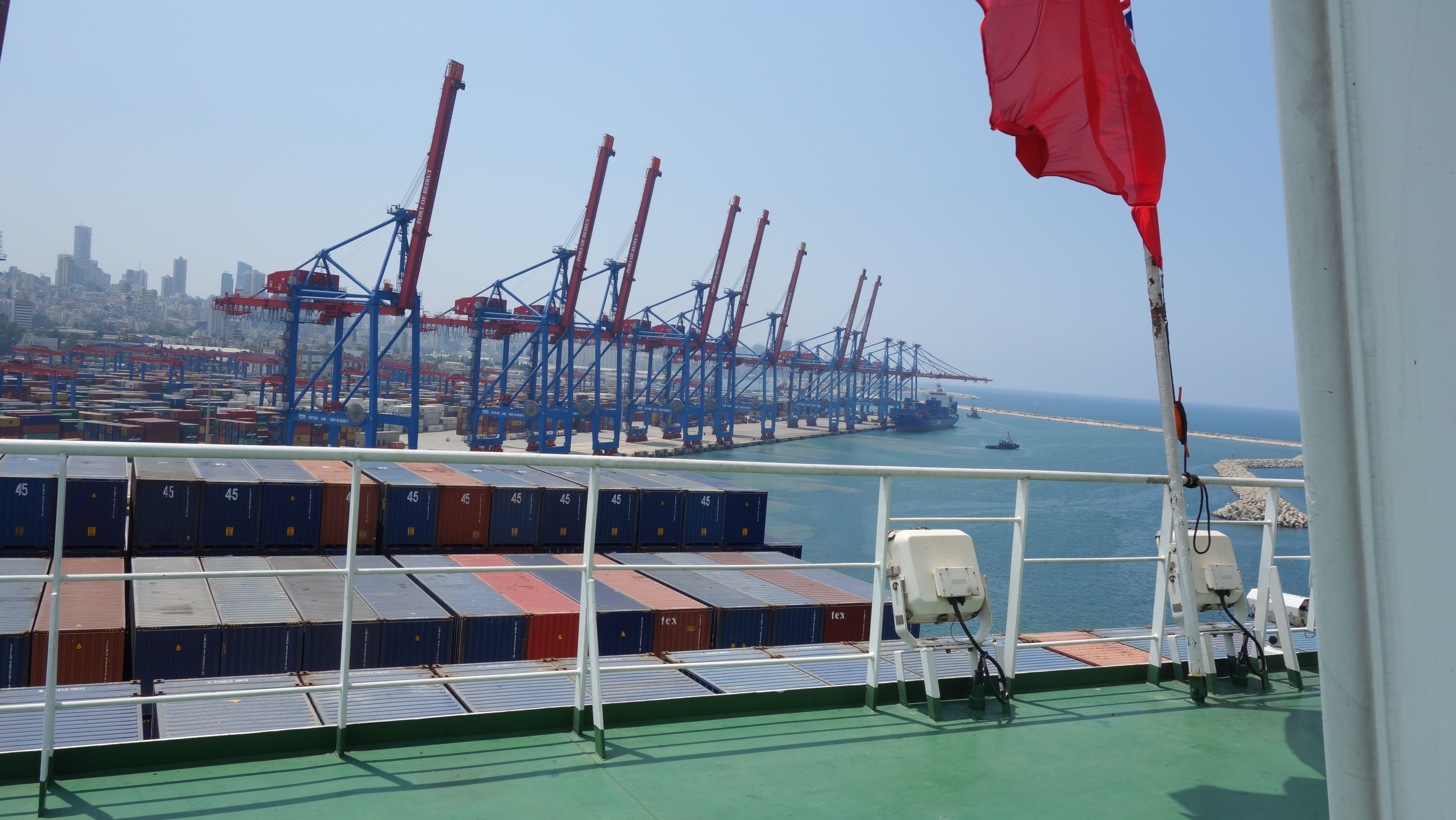 We are supposed to arrive in Mersin tomorrow morning at 09.00 and leave at 21.00. I am rather astonished by the incredibly quick turnaround times. Not even 24 hours. Thus far, 12 hours in Damietta; 15 hours in Beirut; and probably 12 hours in Mersin.

The number of ports in one trip is an incredible strain on the officers and crew. Today, because of the way our departure straddled lunch-time, the chief, the captain and the rest of the deck officers and crew didn’t get to eat lunch. And it is Sunday also, so it is not exactly a restful day (although the engineers are taking advantage by going swimming).

In Mersin, I hope I will get to go to the duty free shop on site, as apparently I needed a shore pass for that in Beirut. My phone is failing, but I really don’t want to do a factory reset until I have had a chance to connect to wifi and download messages and other things.

We are going at a little bit over 11 knots. Rather amazing considering Corte Real was steaming at 23 knots through the Red Sea and around the Arabian Peninsula. This, I suppose is the slow movement of cargo upon the deep.

The other surprising thing has been the sparseness of warships. A couple of little ones in Beirut harbour, but none others really. Perhaps when we get to the mouth of Suez or the Red Sea, things will differ. Certainly, a war now ranges in Yemen and I would be curious as to the complexion of things in the Gulf of Aden. Last year, there were loads of small ships engaged in coastal trade. And dhows everywhere. I suspect that won’t be the case now.